The chocolate you ate last night, the tea you drink every day, your new running shoes. Where did they come from? The answer to all these questions relates to an issue that affects almost every country in the world. It’s an issue that concerns 46-million people worldwide.

Former President, Barack Obama, has said on the subject:

It ought to concern every person, because it’s a debasement of our common humanity.

It ought to concern every community, because it tears at the social fabric.

It ought to concern every business, because it distorts markets.

It ought to concern every nation, because it endangers public health and fuels violence and organised crime.

I’m talking about the injustice, the outrage, of human trafficking, which must be called by its true name—modern slavery.”

It is a global affront to human rights and its eradication remains an ongoing challenge.

What is human trafficking?

Human trafficking is recognised as an international crime, defined under international law to encompass the forced use of persons for exploitation.

According to Article 3 of the Protocol to Prevent, Suppress and Punish Trafficking in Persons, human trafficking is:

the recruitment, transportation, transfer, harbouring or receipt of persons, by means of the threat or use of force or other forms of coercion, of abduction, of fraud, of deception, of the abuse of power or of a position of vulnerability or of the giving or receiving of payments or benefits to achieve the consent of a person having control over another person, for the purpose of exploitation. Exploitation shall include, at a minimum, the exploitation of the prostitution of others or other forms of sexual exploitation, forced labour or services, slavery or practices similar to slavery, servitude or the removal of organs.”

Global Slavery Index reports that 161 countries are responding to the issue of modern slavery. Of those 161 countries, 124 countries criminalised human trafficking in line with the UN Trafficking Protocol, however, convictions are reportedly low. In 2011, of 7206 prosecutions for trafficking, only 4239 resulted in convictions, while 41,210 victims were identified.

Who does modern slavery impact?

Anyone can be a victim of modern slavery.

Statistics show that there are 27-36 million victims in modern slavery at any given time. 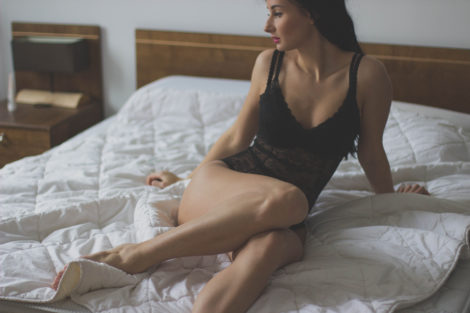 The majority of victims are female, making up 55% of all trafficked victims globally, with trafficking of children on the rise (approximately 20%, although this statistic increases in some regions).

How does modern slavery occur?

There are a number of factors that make persons vulnerable to human trafficking and modern slavery. Often things like the absence of protection and respect for basic rights, physical safety and security and access to basic necessities such as food, water and health care. Other factors such as displacement and conflict play a role. 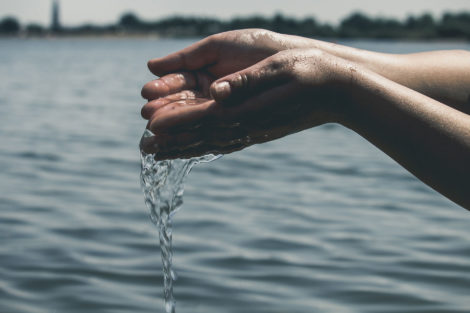 Victims are often recruited through false advertising for what appears to be genuine employment, such as in cleaning, waitressing or farming.

Where is human trafficking most prevalent?

Human trafficking occurs all over the world and has been documented in 167 countries.

The crime is often carried out by traffickers who are of the same nationality as the victim, which accounts for why statistics show the trade is usually limited to a national or regional context.

By proportion to population, the countries with the highest estimated prevalence of victims of modern slavery are:

Unsurprisingly, countries with the lowest estimated incidence of modern slavery by the proportion of their population are:

Many factors contribute to the low incidence of human trafficking in these countries, including greater economic wealth, higher government response, low levels of conflict, political stability as well as a commitment to protecting basic human rights and fighting modern slavery.

The unexpected difference you can make while travelling

As global citizens, we not only have a responsibility to ourselves but also to other humans.

We all have the power, however small, to make choices that contribute to the promotion and protection of basic rights and that make a positive and lasting change and that can transform lives.

If you know where to look, there are countless ways that you can be a more informed, responsible and ethical traveller. Making small, seemingly insignificant, choices (like choosing one travel company over another) can make a difference at a grassroots level in the fight against human trafficking. Here are a few of our favourites ways you can help:

1. Research your accommodation and tour operators

Tour operators or hotels often have policies on human trafficking, which are included on their website.

The Code (of Conduct for the Protection of Children from Sexual Exploitation in Travel and Tourism) is an industry-driven initiative designed to prevent sex trafficking of children worldwide through education, awareness, tools and support. 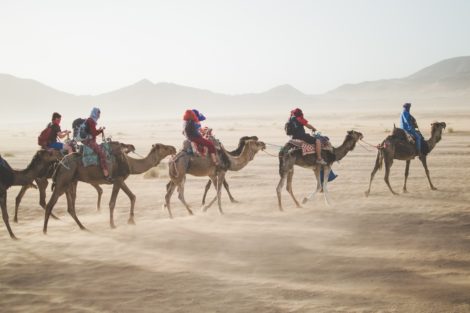 You can search the full list of companies who have already joined the Code and choose to stay at and support hotels, hostels or other travel industry service providers who are committed to keeping children safe.

If your tour operator does not openly communicate its position on child sexual exploitation, why not suggest that they take a stand and demonstrate their corporate social responsibility by becoming a member of the Code?

2. Take photos of your hotel room

Traffickcam is an app that allows users to upload photos of their hotel room while travelling.

No matter where you travel, this is a simple, easy and positive step you can take to actively make a difference in the fight against human trafficking. The app works by helping authorities identify the locations in which sex trafficking crimes occur as victims are often positioned and photographed on the beds of hotel rooms. 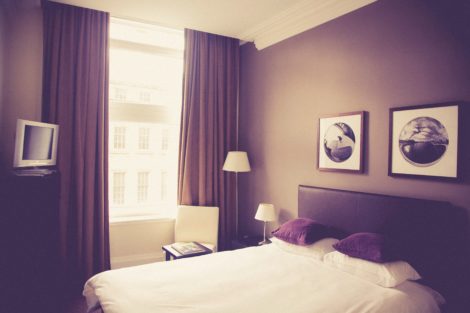 All you have to do is upload 4 pictures of your hotel room, enter your hotel and room number and hit ‘submit.’ The app works because sex traffickers post online ‘advertisements’ of victims posing on beds in hotel rooms. By taking images of your room, and contributing to a database of over 1.5 million images of hotels snapped from around the world, you can help investigators to match the inside of hotel rooms with images taken of victims of sex trafficking. This helps law enforcement locate sex trafficking rings, save victims and prosecute offenders.

Sometimes victims of slavery are held away from the public, however, in many situations victims are hidden in plain sight. They may work frontline in restaurants, on farms, at hotels, at construction sites, and in beauty salons. There is a good chance that you have already come face-to-face with a victim of modern slavery without realising it.

Being informed, being observant, staying aware of your surrounding as well as some of the common indicators of modern slavery may mean that you can help to identify a victim of trafficking. 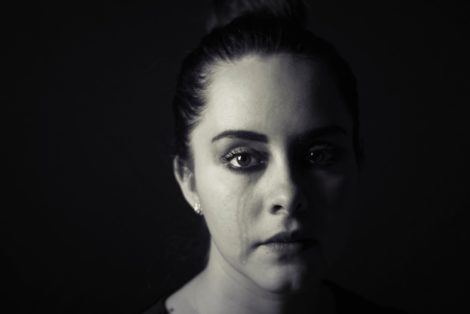 General signs may include situations where a person is:

There may also be over-the-top security or guards on site.

If several of the above warning signs are present, and if you are able to speak with the person you suspect is a victim of trafficking without putting yourself, or the suspected victim in any danger, the US Department of State recommends discreetly asking the following questions:

The most important thing is to avoid endangering anybody, including yourself, by doing something reckless like confronting the suspected trafficker or raising your suspicions aloud at the time.

Instead, follow your instincts and report your concerns to local law enforcement (if reliable) or to a global or local NGO which is known to combat trafficking in the area. If the victim is foreign, you can also contact their embassy (contact details below).

4. Be a conscious and safe traveller

On your next overseas trip, you can volunteer your time or donate to local charities that are working towards the eradication of modern slavery. 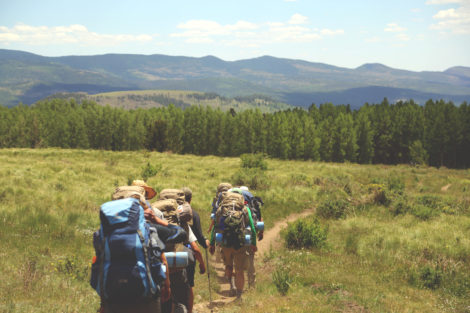 While it is important, wherever possible, to play a part in helping to fight the proliferation of human trafficking by being conscious of your surroundings and reporting suspicious behaviour, it is equally important to be mindful of your personal safety while travelling.

The reality is that anyone can become prey to a human trafficker, so avoid taking unnecessary risks, placing yourself in dangerous situations, travelling to particular regions alone.

If you can, try to travel in groups and make sure that you leave a copy of your current itinerary (as well as your local phone number) with family and friends. Check the travel advisories associated with your destination countries before travelling and register with Smart Traveller.

A difference to be made closer to home?

On a day-to-day basis, we might consider the impact of human trafficking in Australia.

Have you ever stopped to think about who produces the clothes you wear and where the food you eat comes from?

To report a suspected case of human trafficking or offer authorities a tip while overseas, contact:

To report a suspected local case of human trafficking in Australia contact:

How many slaves work for you?? Find out by taking the slavery footprint survey.