Forbes: Human Trafficking Is In Plain Sight. Are You Supporting It Without Knowing?

Forbes: Human Trafficking Is In Plain Sight. Are You Supporting It Without Knowing?

Human trafficking is a growing epidemic. In addition to the estimated 21.3 million refugees around the world, there are also an estimated 45.8 million people who are currently being trafficked or enslaved. But enslavement is not what we in America often think it is. Those suffering unthinkable psychological, physical and social trauma are part of a global problem that we, as Americans, see, touch and support every day without knowing it. “The general public does not have a real awareness of the magnitude of the problem,” says Barry Koch, a former assistant district attorney in New York County, now with his own consulting firm. “Whether it’s labor trafficking or sex trafficking, the number of victims is staggering, yet many of them remain hidden in plain sight. After drug dealing, trafficking of humans is tied with arms dealing as the second largest criminal industry in the world, and is the fastest growing. Raising public awareness is an important element in the fight against human trafficking.”

It’s Not Someone Else’s Neighborhood

Trafficking happens 24 hours a day, 365 days a year, in every zip code. The U.S. State Department explains, “The old way of slavery was that the boss really owned you… But now legal recruiters and employers work in tandem to deceive workers who, vulnerable and isolated in a strange culture, are forced to accept harsh terms. It is in that context that you have endemic forced labor today.” Meaning that those trafficked are in all sectors, and represent all races, religions, cultures, ages and genders. Modern day slavery is right in front of us all the time.

According to Dr. Annalisa Enrile, clinical associate professor, USC Suzanne Dworak-Peck School of Social Work, “When we talk about trafficking, most people assume we are just talking about sex. But there are actually more people enslaved through labor trafficking. Millions more. Impoverished communities, migrant workers and children are all at risk for indentured servitude, forced labor and other forms of labor trafficking.”

Women and children are also exploited for labor, not just sex. And here in the U.S., they are often manipulated into forms of slavery despite being legal workers. The Urban Institute claimed in their 2014 report, Hidden in Plain Sight, 71% of the labor trafficking victims in the study entered the United States on lawful visas. While labor trafficking takes many forms, it is primarily located in the following industries: agriculture, fisheries/fishing, construction, factory work and domestic service. This often goes unnoticed because those most vulnerable are largely migrant workers isolated from others and lacking documentation. This further means that those being trafficked have almost no access to healthcare. 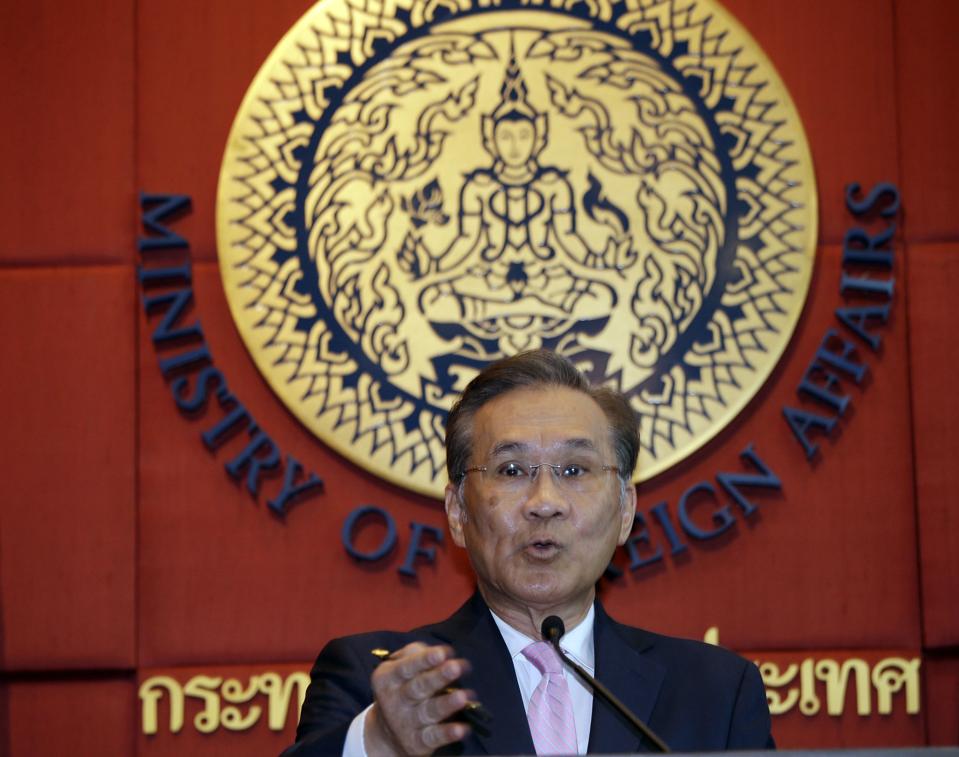 The Cost of Life–Follow The Money

Trafficking and exploitation of people costs lives, but earns a lot of money–for individuals, organizations and governments. And not just overseas in countries like the Philippines, Brazil and Thailand, but here in the United States. According to the Financial Action Task Force 2011 Report, the estimated annual profit per woman in forced sexual servitude was $100,000, and the estimated annual profit per trafficked child was $207,000.

In farming communities, and similar trades, being targeted by traffickers is nothing new. A San Diego State University study found that in San Diego County, 31% of undocumented, Spanish-speaking migrant workers had experienced labor trafficking. The money to be made is so great that legal workers’ documentation goes missing regularly. Human Rights First estimates that $9 billion in profits are made through agriculture–including forestry and fishing–with no slowing of demand in sight. To combat this, Blue Numbers has created a global platform where individuals can voluntarily register themselves for self-identification using documentation and facial recognition.

Unfortunately, money may be the seed of the problem, but it is only part of the problem. Kate Kennedy, managing director of the Freedom Fund, explains, “The reasons for human trafficking are complicated. Three of the main factors include 1) the economic demand for extremely cheap labor, 2) lack of individual liberty or marginalization and 3) weak rule of law.” And until those are addressed, we will not see improvement.

While there are no silver bullets to solving the worldwide trafficking problem, a globalizing world, government accountability and new technology have experts in the field optimistic. Technology, for example, has reached a point were an app like TraffickCam can use hotel room recognition, in hopes of finding where those being trafficked are working. Another site, LaborVoices, provides real-time crowdsourcing of factory sites so workers can report conditions.

In construction, contractors can develop various technologies while also ensuring their relationships with legal entities creates social impact. According to Mr. Koch, “We can make a difference in the fight against labor trafficking and labor exploitation by passing laws (and monitoring for compliance) that regulate supply chains. Consumers can refuse to purchase goods from retailers who use trafficked labor or child labor in their supply chains. Institutional investors can divest their positions in such companies.”

Legislation is also being crafted throughout the country to fight human trafficking, but thus far has done little the curb the problem that goes beyond verbal calls for human rights. In California, the Transparency in Supply Chains Act (TISC) forces businesses who work with suppliers or subcontractors that violate anti-trafficking laws to disclose violations and discontinue the contract. But those minimal efforts are not well enforced nor replicated in other states. Defining infrastructure comes from U.S. Government Procurement policies. But that has also been slow to implement. However, states and other countries are beginning to learn from emerging examples. For instance, the U.K. Modern Slavery Act of 2015 “has been a powerful antidote to end modern slavery,” claims Kate Kennedy. “The Act requires organizations with a turnover of more than £36 million operating in the UK to publish an annual ‘slavery and human trafficking statement’, setting out what they’re doing to address this form of extreme exploitation in their supply chains and business operations.”

Individual companies can help further legislative action. For example, CMiC, a computer software company based in Canada, can develop technology to help current government procurement policies hold contractors accountable. Oliver Ritchie, vice president of product strategy at CMiC, contends, “We should be able to insure that every dollar that the government spends on a project be slave-free. Legislation gives us a way to do this through transparency and compliance. Our product technology provides the opportunity for true implementation.” 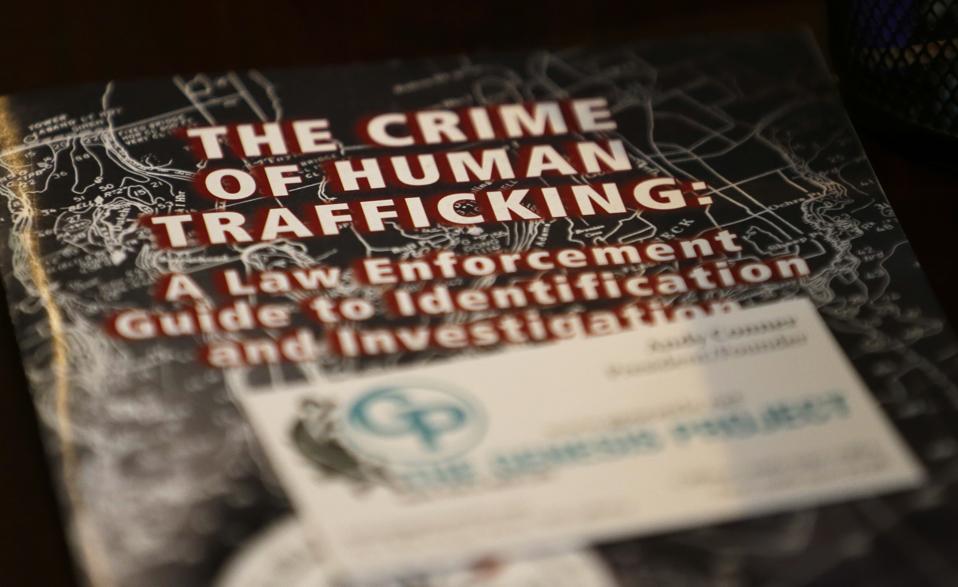 In this photo taken Feb. 27, 2017, a law-enforcement guide to human trafficking sits on a table at the Genesis Project, a drop-in center for victims of sex trafficking in SeaTac, Wash. (AP Photo/Ted S. Warren)

But partnerships are also vitally important in the anti-trafficking space. The Freedom Fund, a philanthropy focused on strategic planning and financing, has supported almost 100 partners around the world doing grassroots work to fight modern slavery. Their mission is to identify and invest in the best efforts that allow local entities to thrive. This is because the best efforts are often by those who know the local culture the best. Further, academic research, capital funding, NGOs and nonprofit efforts and media awareness all have to come together to work collectively and educate the public.

Policymakers also have to take greater action–both in understanding the problem and in crafting legislative solutions. “Our collective hope,” says Dr. Enrile, “is to increase collaboration and to work in parallel on the crucial areas of legislation, awareness, research and interventions. Our commitment as a school of social work is to be a convener of thought leaders in the anti-trafficking movement to make meaningful collaboration possible.” There are thousands of people doing work to stop trafficking. But we need that number to be in the millions. We, collectively, need to do better. Millions of lives are at stake.