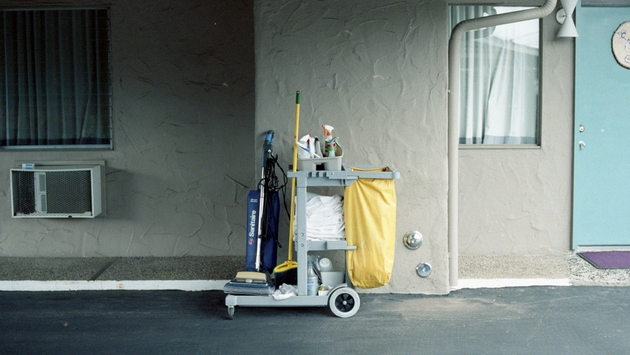 A new report from nonprofit organization Polaris shows that human trafficking and labor exploitation victims are being oppressed across dozens of different industries, including the hospitality sector.

The report, titled “The Typology of Modern Slavery,” analyzed more than 32,000 cases of human trafficking and thousands of more cases of potential labor exploitation documented between December 2007 and December 2016 through calls and texts made to the National Human Trafficking Hotline and BeFree Textline.

From there Polaris used the data to classify more than two dozen types of human trafficking occurring in the U.S.

“Victims of labor trafficking have been found in hospitality businesses such as hotels, motels, resorts, or casinos working as front desk attendants, bell staff, and, most frequently, in housekeeping,” Polaris states on its website. “Most are women and men from Jamaica, the Philippines, and India, and typically they are told that they will make lucrative wages to support family back home.”

According to the report, 124 human trafficking cases were reported within the hotel, motel, resort and casino industries between December 2007 and December 2016, while another 510 cases involved labor exploitation.

Polaris notes that traffickers can come from multiple sources, whether it’s in hotel management, labor recruiting or a contractor. In the latter case, the report says hotels may not be aware of any abuse.

Typically, victims are recruited via false promises, including dishonest working conditions and wages.

The most common forms of control reported in the analyzed cases were debt bondage and other forms of economic abuse, including withholding or confiscating payment. Constant monitoring, fake contracts and physical abuse were also reported as common means of control.

The hospitality sector is not alone when it comes to human trafficking and labor exploitation victims in the travel industry. Polaris found reported instances across a wide spectrum of occupations and industries, including bars, restaurants, carnivals and amusement parks, among others.

“Because human trafficking is so diverse and heterogeneous and dynamic, you can’t fight it all at once. You have to break it into its distinct types and actually fight it type by type,” Polaris’ CEO Bradley Myles told the New York Times.

For years, the hotel industry has been working to crack down on human trafficking and other exploitation. According to the Times, the American Hotel & Lodging Association (AHLA) began addressing the issue back in 2011 and many companies have rolled out training programs to educate staff members.

“Some of our bigger brands adopted it for training for all their employees,” AHLA vice president of government affairs Craig Kalkut told the Times.

Last summer, the TraffickCam app was launched to allow hotel guests to assist authorities in fighting human trafficking. Users simply take photos of their hotel room and submit them where they are matched against a national database used by police.