This data will then be used to train machine learning algorithms to automatically recognize brick kilns in satellite imagery. If computers can pinpoint the location of possible slavery sites, then the coordinates could be passed to local non-governmental organizations to investigate, says Kevin Bales, who is leading the project at the University of Nottingham in the UK.

South Asian brick kilns are notorious sites of modern-day slavery. Nearly 70 per cent of the estimated 5 million brick kiln workers in South Asia are thought to be working there under force, often to pay off debts.

But no one is quite sure how many kilns there are in the so called “Brick Belt” that stretches across parts of Pakistan, India and Nepal. Some estimates put the figure at 20,000, but it may be as high as 50,000.

Bales is hoping that his machine learning approach will produce a more accurate number and help organizations on the ground know where to direct their anti-slavery efforts. 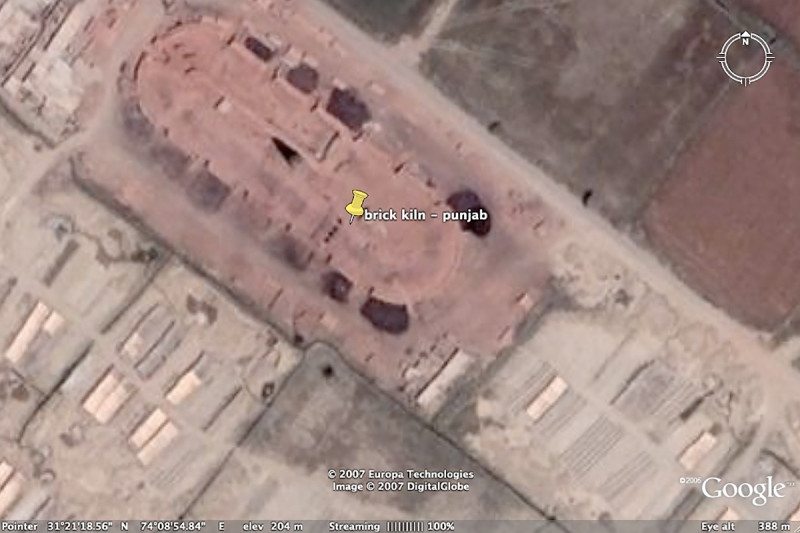 Brick kilns are easy to spot via satellite
Google Earth

It’s great to have an objective tool to identify possible slavery sites, says Sasha Jesperson at St Mary’s University in London. But it is just start – to really find out how many people are being enslaved in the brick kiln industry you still need to visit every site and work out exactly what’s going on there, she says.

So far, over 4000 potential slavery sites have been identified by volunteers taking part in the project. The volunteers are presented with a series of satellite images taken from Google Earth and they have to click on the parts of images that contain brick kilns.

As soon as 15 volunteers identify each of the nearly 400 images in the data set, Bales plans on teaching the machine learning algorithm to recognize the kilns automatically.

He’s already working on the next stage of the project, which will use a similar approach to help identify open pit mines in countries such as the Democratic Republic of the Congo, which are also often sites of forced labour. 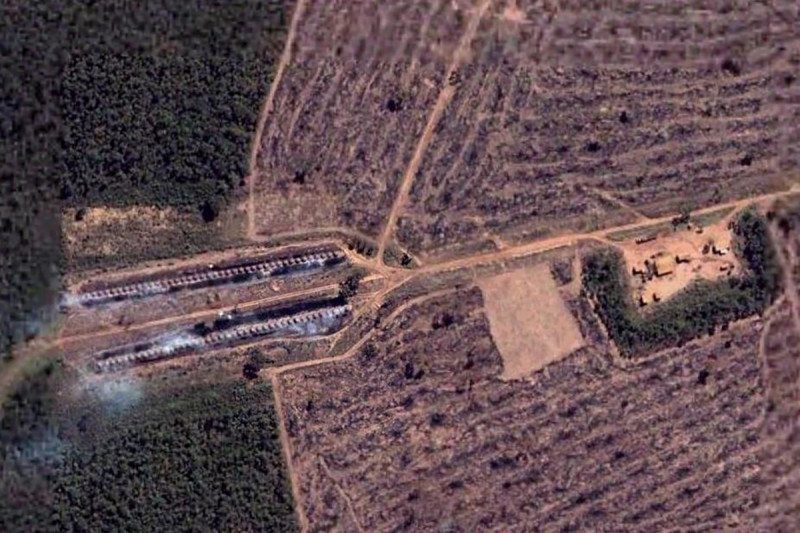 But Bales thinks that his machine learning algorithms might have a trickier time categorizing open pit mines than brick kilns. The kilns are usually a distinctive shape and colour, but the mines, which often look like big holes in the ground, can be harder to spot.

“A lot of slavery is visible from space,” says Bales but image recognition could also be a useful tool for helping track slavery where satellites can’t reach. TraffickCam, a project set up by the social action group Exchange Initiative, uses image recognition to identify sex trafficking in hotel rooms.

Visitors to hotels can use TraffickCam to upload an image of the inside of their hotel room to the website’s database. These photographs can then be compared with photos of sex workers that traffickers often post online. Because those photos are often taken in hotel rooms, investigators may be able use the TraffickCam database to pinpoint the location of a particular photograph. More than 150,000 hotel rooms have been documented in this way.